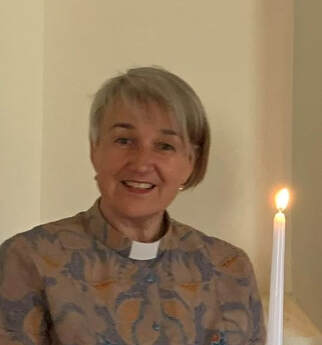 The Revd Roxanne Addley was ordained a priest at St Paul's Cathedral Melbourne in November 2018. Since February 2018, she served as Assistant Curate at Christ Church South Yarra where she was involved in all aspects of ministry within the parish and also at Christ Church Grammar School which is co-located on the South Yarra site. Prior to ordination, Roxanne served in a placement at St Paul’s Canterbury and was also an active member of St James Ivanhoe for ten years.
Roxanne completed her Masters of Arts (Theology) from the University of Divinity in 2016 after studying part-time at Trinity Theological College for 8 years.  During this time, Roxanne worked in human resource roles within the social services sector including Baptcare and Lentara Uniting Care, and also discerned her calling to ordained ministry.
Roxanne is involved with several areas of ecumenism and reconciliation in the wider church and community, currently serving on the Faith and Order Commission of the Victorian Council of Churches (VCC).  She is particularly interested in how the church moves forward in the post-modern world in which we find ourselves.  Roxanne is passionate about understanding scripture and showing how biblical text and the Gospel message is so meaningful in today’s world. She has also completed her Emergency Chaplaincy training with the VCCEM.
​

Philip was baptised in to the Church of England, and on moving to Australia, his family continued their church life at St Paul’s Frankston where Philip was confirmed.
​After nine years in the Royal Australian Air Force as a musician, Philip returned to study at Monash and Melbourne universities, graduating with qualifications in science and librarianship. It was while he was at Monash that Philip developed a deeper interest in Christianity, which in turn led him to interrupt his library work to study at Ridley College Melbourne, graduating with Bachelor of Theology in 1999.
In the years since Ridley, Philip has led studies using Alpha, Crossways, and the Life Guides series, tutored New Testament at Regent Bible College in Richmond where he was also College Librarian, and preached as an authorised lay minister at the parish of Epiphany, Hoppers Crossing. He’s also a supporter of CMS and Interserve.
Lately, Philip has been exploring a growing interest in Benedictine spirituality, and visits St Mark’s Abbey at Camperdown a number of times each year.​
Philip notes his coming to Lara was not expected, but then God is a god of the unexpected. He is grateful to the parish of Lara Little River for their trust in him as their authorised lay minister.
Philip maintains a blog of occasional sermons he has given in the parish, which can be found at https://biblipoint.blogspot.com, and makes them available under Copyright Commons Licence. 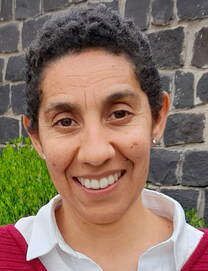 Sandi joined our office at Holy Trinity in late October 2022. A mother to a busy household of six children, she works with us three mornings a week. She is passionate about her faith and serving others in a vibrant, Christian community.