Christ Church is the second of the two centers and is situated between Werribee and Lara is deemed as Semi Rural.
Before Christ Church, Church of England (now Anglican Church) was opened on its present site in 1893 our original Church of England for this district was St James Wurdi You Yangs built 1877, at the foot of the You Yangs along Little-River Ripley Road.  The architect was Colonial Marine Architect Mr. Robert Huckson.

The trend of growth in the district around that time was to congregate close to the Railway Station thus forming the township of Little River.  As St James was remote from the homes of the parishioners they initially held their prayer services in the school building.  It was decided by the congregation to have the church moved to a site more central to Little River by Mr Alex Drysdale and his brother-in-law.  Mr John Eades, demolished St James, and carted the blue stones down to its present site by horse and dray.  Christ Church was consecrated on the current site 22 December 1893.
Impressive features of the church building are the two stained glass widows.

The addition of a small red cedar timber building in 1996, which is able to serve a Sunday School/meeting room. This building includes a septic tank toilet and a kitchenette area.

The equipment shed was added in 2009. 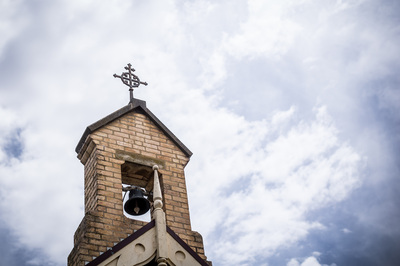 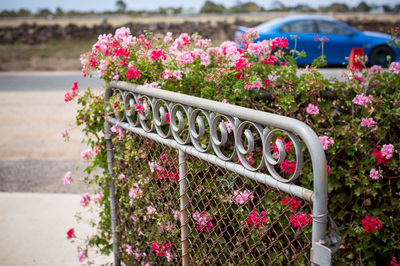 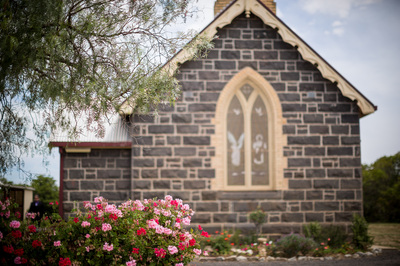