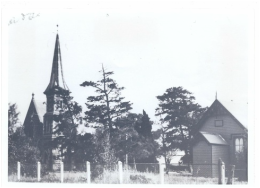 Holy Trinity Church and Hall prior to 1969 Lara Fire
The foundation block was laid by Mrs F. Austin on January 4th 1899
The building was officially opened by Mrs G Fairbairn
The hall was home to the Sunday School, and the meeting place of the "Manchester Unit Independent Order of Oddfellows Lodge' for many years prior to its destruction in the district's 1969 fire. 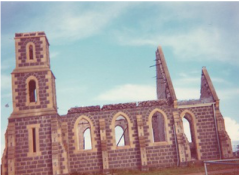