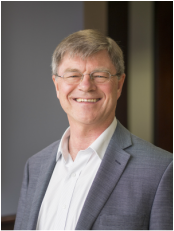 Philip was baptised in to the Church of England, and on moving to Australia, his family continued their church life at St Paul’s Frankston where Philip was confirmed.

After nine years in the Royal Australian Air Force as a musician, Philip returned to study at Monash and Melbourne universities, graduating with qualifications in science and librarianship. It was while he was at Monash that Philip developed a deeper interest in Christianity, which in turn led him to interrupt his library work to study at Ridley College Melbourne, graduating with Bachelor of Theology in 1999.

In the years since Ridley, Philip has led studies using Alpha, Crossways, and the Life Guides series, tutored New Testament at Regent Bible College in Richmond where he was also College Librarian, and preached as an authorised lay minister at the parish of Epiphany, Hoppers Crossing. He’s also a supporter of CMS and Interserve.

Lately, Philip has been exploring a growing interest in Benedictine spirituality, and visits St Mark’s Abbey at Camperdown a number of times each year.
​
Philip notes his coming to Lara was not expected, but then God is a god of the unexpected. He is grateful to the parish of Lara Little River for their trust in him as their authorised lay minister.

Philip maintains a blog of occasional sermons he has given in the parish, which can be found at https://biblipoint.blogspot.com, and makes them available under Copyright Commons Licence.